I've had two great teachers in my life. One likely had no idea what a huge impact she made on me while the other, I believe, knows full well.

Mrs. Schank, my fourth grade teacher (McDonogh No. 14, Jefferson Avenue and Chestnut Street, New Orleans,LA., 1963), was a very kind young woman. When she noticed that I often had no milk money, she would quietly hand me a buffalo nickel and a shiny penny. She was always discreet and didn't want to embarrass me in front of the other children. I loved her for her ability to sense and care about my feelings.  I wasn't accustomed to such gentle and sweet exchanges in my home.

When Mrs. Schank noticed the hole in the sole of my shoe, she offered to buy me a new pair of school shoes.  I remember panicking at her offer; I was well aware that my father abhorred charity of any kind.  Mama referred to him as "proud", but even at that age, I felt it had more to do with his alcoholic paranoia.

The day President Kennedy was shot, our school principal announced it over the intercom. Mrs. Schank began to softly cry.  I began to cry, as well, even though I don't think I fully understood the ramifications of the news.  What I did understand, however, was that my dear teacher was in pain, and that hurt me.

Wherever you are today, Mrs. Schank, please know that you were the first person to demonstrate compassion and unselfish love.  Thank you from the bottom if my heart.  I will never, ever forget you.

My second great teacher is also my mentor, Judith Linden.  She came into my life when I was ready to embark on my spiritual path. Even though I was living in San Diego by that time, she is ironically from my hometown of New Orleans.

A tall stately woman, Judith is absolute cosmic magic personified!  Her vast knowledge of Spirit, Soul and the Universe was what I yearned for and she was willing to share it with me.

Judith was instrumental in helping me define and refine my raw gifts and abilities. She taught me about energetic integrity and strong boundaries. She stressed that healing occurs at the Soul level and that psychic ability alone does not create true healing.

Above and beyond all the mystical knowledge and wisdom she imparted, she helped me embrace this beautiful part of who I am, even as some of my closest loved ones were rejecting my gift.

Judith's absolute devotion to the Soul is more than inspiring to me.  It is the template that helped me step into my Soul purpose on the planet at this time.  She models authenticity, integrity, humility and unconditional love.  She is my spiritual compass and I will forever be grateful.  Saying thank you is hardly enough. Words are limiting, but then, Judith knows what's in my heart.

Healer, Psychic-Medium, Mentor, Intuitive Profiler, Speaker and Writer, Connie is available for private sessions by appointment only. Through Intuitive Profiling and movement/release of negative energy, she identifies and cuts unhealthy energetic cords. Releasing these harmful energetic connections allows us to function at a higher vibrational frequency. Her Mentoring Programs are private, one-on-one and in-person or by phone. 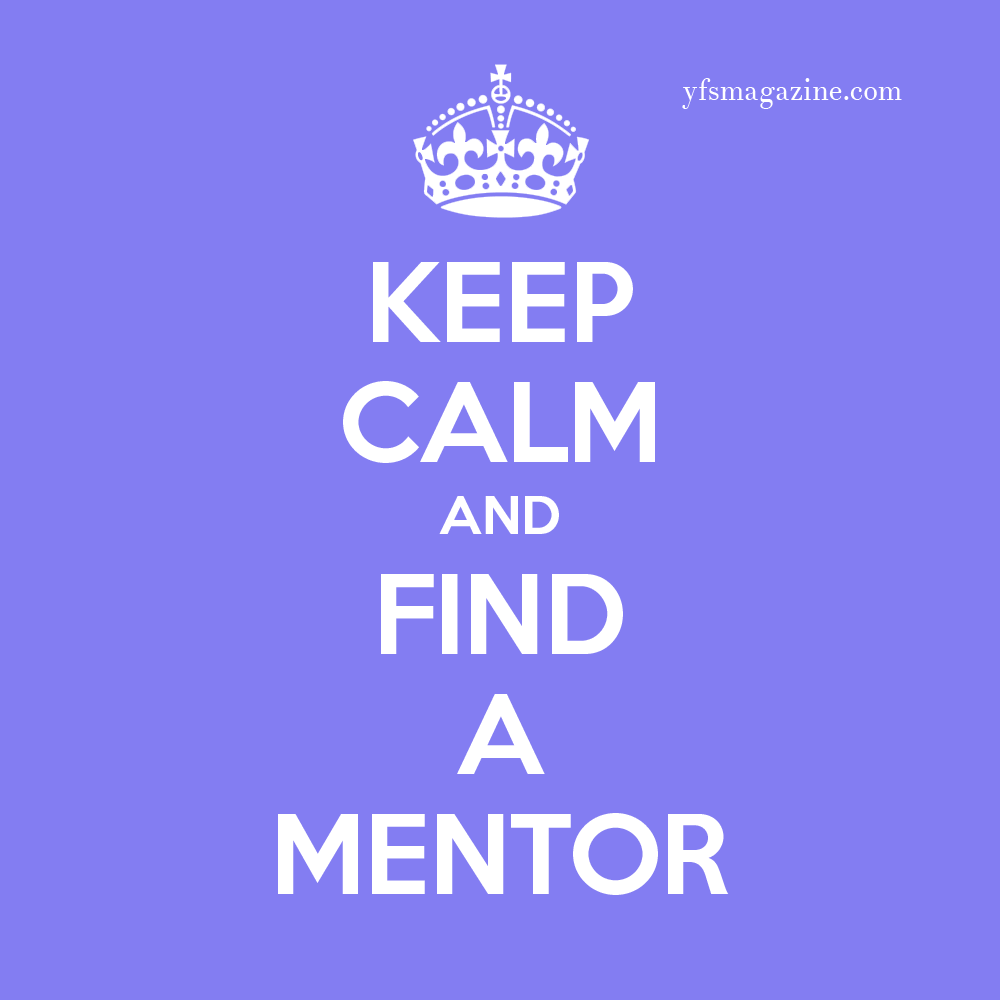 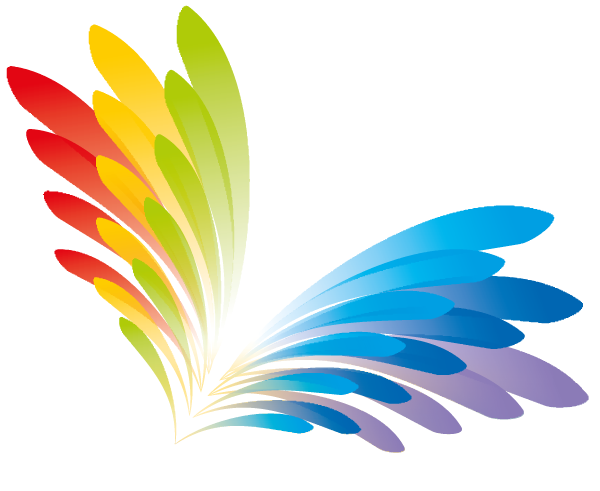 
Soul loss can take place due to emotional, physical, mental and/or spiritual trauma and is easily recognizable if you know what you’re looking for.

The reasons for soul loss vary widely.  The conditions under which a part of the soul will leave the body will differ from one person to another.  Here are typical circumstances that are frequently the root cause of soul loss.
What Causes Soul Loss?
·         Physical, sexual, or emotional abuse as a child
·         Death of a child, parent, or close friend
·         Loss of a husband, wife, or lover - through death, or involuntary divorce or separation
·         Sudden and unexpected loss of a meaningful job or career
·         A sudden accident resulting in severe physical trauma, or sudden onset of a debilitating disease
·         Exposure to shocking or extremely stressful physical or psychological conditions or events - for example, witnessing a murder, serving in a war, undergoing chemical or radiation therapy
·         Codependent relationships - where one has unconsciously given a part of one's soul to another - say, in a parent/child or intimate relationship
Symptoms of Soul Loss
·         Feelings of being fragmented, of not being all here
·         Blocked memory – an inability to remember parts of one’s life
·         Inability to feel love or receive love from another
·         Emotional remoteness
·         Sudden onset of apathy or listlessness
·         Lack of initiative, enthusiasm or joy
·         Failure to thrive
·         Inability to make decisions or to discriminate
·         Chronic negativity
·         Addictions
·         Chronic depression, melancholy or despair
·         Suicidal tendencies

If you're experiencing any of the symptoms mentioned above, or other similar symptoms.... and have been frustrated at the lack of results obtained from other sources, soul loss may very well be the cause. Cutting Energetic Cords to early hurtful childhood experiences (imprints), toxic adult relationships and even past life trauma and  is considered Soul Retrieval and can bring about healing and great relief.

Healer, Psychic-Medium, Mentor, Speaker and Author of THE OTHER SIDE OF THE BAYOU, Connie is available for private sessions by appointment only. Through Intuitive Profiling and movement/release of negative energy, she identifies and cuts unhealthy energetic cords. Releasing these harmful energetic connections allows us to function at a higher vibrational frequency.

truncate :  to shorten by or as if by cutting off

When I was a child growing up in New Orleans, I had a favorite hiding place.  Cool and shady, even during the hottest, most humid summer, no one could see me and I could let my imagination run wild.  It was under the house.
There, I felt safe.  My dad was an angry and abusive man.  He drank to oblivion most nights, which was really the best case scenario.  On the nights when he drank one-too-few beers, he could become very agitated and physically violent.  I was usually the target of his ire.
My mom suffered from schizophrenia.  Hiding under the house provided refuge from what was going on inside those four crazy walls.
I’d learned how to “jump out” of my body at a very early age – around two-and-a-half years old.   At the time I didn't consciously know what I was doing, but I know now that it was my way of keeping my mind safe while my body was being injured.  I was practicing “truncation”.

Truncation might also be called compartmentalizing, which is a widely used psychological analysis.  We separate events, thoughts and feelings from the core Self, usually as a way to avoid some type of pain.
Eventually, to become a healthier person, I had to learn to integrate all the hiding places in my world.  That didn’t begin to happen until adulthood.  Actually, it’s still happening.
Staying present has its advantages.  Compartmentalizing – not so much.  All of life is happening in this very moment, as I write this.  Nothing else matters.  I don’t want to miss a thing.
If you were traumatized as a child – in any way – you likely truncate and don’t even know it.  If you are accused of not paying attention, of being listless, of not caring…a part of you is likely in hiding.
Integrating all parts of Self is crucial.  When I cut energetic cords – the tethers that keep you bound to early childhood trauma – it’s like stepping out into the daylight.  You begin your healing journey.  You're on the way to becoming FREE and WHOLE.

Healer, Psychic-Medium, Intuitive Profiler, Mentor, Speaker and Writer, Connie is available for private sessions by appointment only. Through Intuitive Profiling and movement/release of negative energy, she identifies and cuts unhealthy energetic cords. Releasing these harmful energetic connections allows us to function at a higher vibrational frequency.